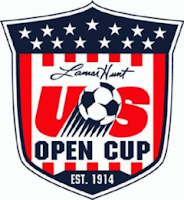 A merger of the two leagues, USL and MLS, does not appear to be anywhere on the horizons.  Trying to figure out which league is stronger remains a difficult chore.  One of the only barometers out there is the US Open Cup.  USL had a tremendous night last night in the Cup, giving MLS executives a lot to think about.

After last night’s performances, any comparison of the two leagues must include some of the D-2 teams.  A lot of discussion by bloggers, primarily ones from this site have already addressed the issue of talent among USL and MLS.  Last night only reinforces their viewpoints and invites more doubters to the supremacy of MLS as the premier professional Soccer league in the U.S.

Of course, many MLS supporters see the US Open Cup as only exhibitions because second-teamers are playing or maybe because MLS brass refuses to promote the tournament and so the fans follow suit.  What happened last night is certainly not an aberration and has been well documented on this site by other bloggers in the last year or so.  Any MLS supporter wanting to talk down the significance of yesterday’s multiple victories by USL teams over MLS teams is only making excuses.

If MLS executives were to take the tournament seriously and encourage participation of its teams and promote the US Open Cup more, one wonders what significance it might have on the final scores.  But, because they choose not to do this, they leave the door open for critics and pundits to believe their product is not superior.

If MLS does not have the best product in the U.S., it is leaving itself susceptible for either a take-over or a bankruptcy.  Why pay $40 million for a franchise in a league that’s not even first class in its own country?

What must the owners of the Seattle Sounders be thinking?